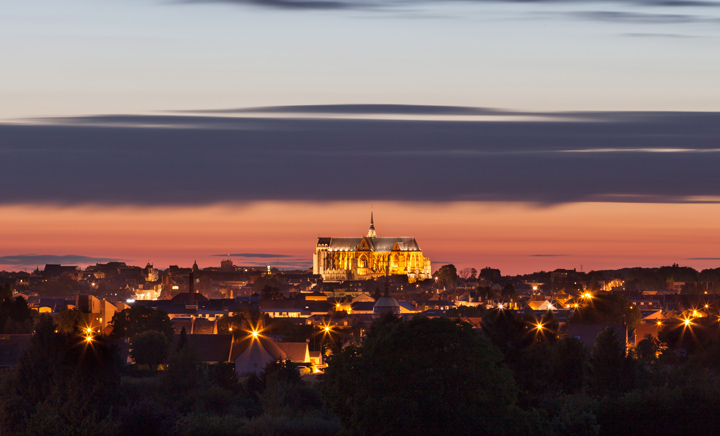 Ex Ore Equi perform a programme of works by Jean Mouton (c.1459–1522) and his contemporaries exactly one before the 500th anniversary of his death. Mouton is buried in the Basilica at St Quentin along with his predecessor Loyset Compère. We explore works exploiting his canonic and imitative techniques, and present new ideas on Musica Ficta in new editions by Simon Biazeck. 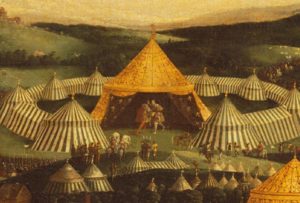 NEWS: Field of the Cloth of Gold 500th Anniversary:

Ex Ore Equi were planning to sing in Pas-de-Calais, France, this month to celebrate the 500th anniversary of the Field of the Cloth of Gold (Camp du drap d’or). This famously lavish summit between Henry VIII and Francis I ran from 7th to 24th June 1520. Both kings brought their best musicians and composers to provide music for the jousts, banquets, dances, as well as the masses; which took place in specially-erected field chapels. Henry’s tent alone was 10,000 sqm. There were fountains of wine, gold leaf monkeys, 2,000 sheep were eaten, and people choked to death in their sheer enthusiasm to feast. The cost of the event was almost £80,000 (equivalent to £70 Million today).

Since the virus took hold in Europe we have been thinking how best to mark this significant event. On 4th June, six of us got together to record (distanced, in a field!) some music by composers present at the ‘Field’ 500 years ago. We are raising money to buy tents for migrants and refugees in the Pas-de-Calais region. It is estimated that up to 1,000 migrants and refugees, many of them children, are currently living in the region.

We have produced an appeal video (below) and you can donate via the following link: